Futabasō is a ryokan located a short distance from the centre of Hikone on the shore of Lake Biwa. It’s run by the Kataoka family. The ryokan serves food typical of a regional inn, using many local ingredients. At Futabasō, Junichirō Kataoka does all the cooking. I visited him in his kitchen as he was preparing for a New Year party to be held in one of the ryokan’s banquet rooms.

Kataoka-san is a large and genial man who smiles readily. He was very laid back as he went about preparing the duck hotpot to be served shortly. His mother and brother dropped into the kitchen occasionally and joined in the conversation.

“This is the soup for the duck hotpot. I’ve been simmering it for four or five hours. It’s got lots of vegetables in it, and salted duck breast. There’s also katsuo and konbu for flavouring.”
“Is that a tomato?”
“Yes. You can put any vegetables in really. It’s like pot au feu.”

Kataoka-san gets out a slab of frozen duck meat and starts cutting it into slices and arranging them on a plate in a rosette.

“This is ‘kawachigamo’ duck from Ōsaka. When Toyotomi Hideyoshi was at Nagahama in Ōmi, he tried the local duck and liked it. So when he moved to Ōsaka later, he gave instructions to breed the same kind of ducks there. This kind of duck became so-called kawachigamo.”
“How come the breast is shaped in half-moons like that?”
“If you wrap it tightly before freezing it, it maintains that shape even when it’s sliced and cooked.”
“Is duck a seasonal dish?”
“It used to be, but now that ducks are farmed, you can enjoy duck all year round. The other main ingredient of the hotpot is Nobunaga leeks, named after Oda Nobunaga. They’re grown in Azuchi where Nobunaga had his castle.”

Nothing in Ōmi, however humble, comes without the involvement of major historical personages.

“Cut the leeks and show him how the sweet juice seeps out. Thanks to the cold winters around here, these leeks have a thick, gelatinous sap.”
Kataoka-san begins chopping the leeks, releasing this sap along with a delicate and tempting scent to add to the rich aromas rising from the soup.
“With this hotpot, there’s a whole leek per person.”
“That’s pretty extravagant. That’s not something that would be countenanced in my home!”

From the freezer, Kataoka-san produces bags containing various parts of the duck – the liver, heart, and various cuts of meats. He explains that every part of the duck is used. Stirring the soup around, he scoops up a foot. “See! Everything can be used.” He minces other parts and combines them with a little grated yam to make meatballs.

“How long have you been a chef?”
The question prompts a gale of laughter from Mrs. Kataoka and her son. Obviously, there’s some joke that I’m not getting.
“After I graduated from university, I went to work at Mitsuoka Motor, the custom car maker. I always liked cars. I worked there as a salesman for about ten years.”
Mrs. Kataoka explains his unusual career path at Mitsuoka, not without pride. He was the first Arts graduate to join the engineering company.
“But then at the ryokan, we had a chef who had worked with us for years. When he got too old and we couldn’t find anyone to replace him, I took over. That was less than ten years ago.”
“So you didn’t ever train anywhere?”
“No. Well, when I was at junior high school, I’d be hungry when I came home, so I’d knock something together in the kitchen. A trained chef would probably frown on how I hold my knife. And my way of preparing food isn’t like a chef either – it’s more like a car maker. I gather all the parts together and then assemble them”.
“He’s not a chef, he’s a foreman”, says his mum, “but because he’s not bound by tradition like a trained chef, he’s free to be more creative. I think his soup tastes better than our last chef’s.”

“Do you serve much Ōmi beef?”
“Yes. At our ryokan, we age it in miso.”
Mrs. Kataoka takes a large box from the fridge in which slices of beef are layered with paper and miso for four days. She produces a little barbeque and begins to cook several slices. When it begins to sizzle, a wonderful rich aroma fills the kitchen.
“Hurry, eat it now!” urges Mrs. Kataoka.
It’s very tender and the miso imparts a distinctly Japanese note that I haven’t tasted anywhere else.

“How about funazushi?”
“We serve it, but it’s not to everyone’s taste, so we only provide it for guests who ask for it.”
“And do they actually ask for it?”
“Oh yes. We get ours from Kimura-san. We try to serve local fish to differentiate our meals from ryokan in other regions.”

I ask Kataoka-san if he likes sake and which local maker he favours.
“I like Daijirō. It’s a very refined sake.”
“Do foreign visitors order sake?”
“People who know about sake order it, but those who don’t stick with beer and wine.”

“Now that more foreigners are visiting Japan, do you make any particular allowances for foreign guests?”
“Most foreigners who come to Hikone have already visited Japan several times and know pretty well what to expect. So I offer them exactly the things that Japanese people find delicious. If there’s a religious reason why they can’t eat something, then I provide something else.”
“And do you get many foreign visitors?”
“Yes. In fact on weekdays, we get more foreign than Japanese guests.”
Mrs. Kataoka takes me out into the corridor to show me a world map marked with a dot for each place they’ve had visitors from. The dots are spread all over the globe.
“They find us on the internet. We don’t speak English, but somehow we make do with the help of a translation app. Wherever our guests come from, they seem to understand when we tell them what ingredients we’re using.”

After an hour or so in the kitchen, everything is ready for the party. The ‘foreman’ has assembled his parts in a very food-like fashion, and you’d be hard put to say that a chef had no part in its preparation. Having seen the work that went into the duck and leek hotpot, I’m very excited to eat it. It’s fantastic – fragrant, succulent, rich, comforting, and infinitely more-ish.

Funazushi is a delicious culinary specialty of the Ōmi region. Said to be the progenitor of today’s sushi, it’s freshwater fish preserved by salting, followed by fermentation with rice. Funazushi is a

Cattle were introduced to Japan in ancient times and they were used for thousands of years as plough animals. They were not used for meat except as ‘medicine’ for the elite. Ten varieties of native ca

Lake Biwa is a lake in Shiga Prefecture that has the largest area and water storage capacity in Japan. It’s one of the world’s ancient lakes that has existed for over 100,000 years. The lake is a Rams 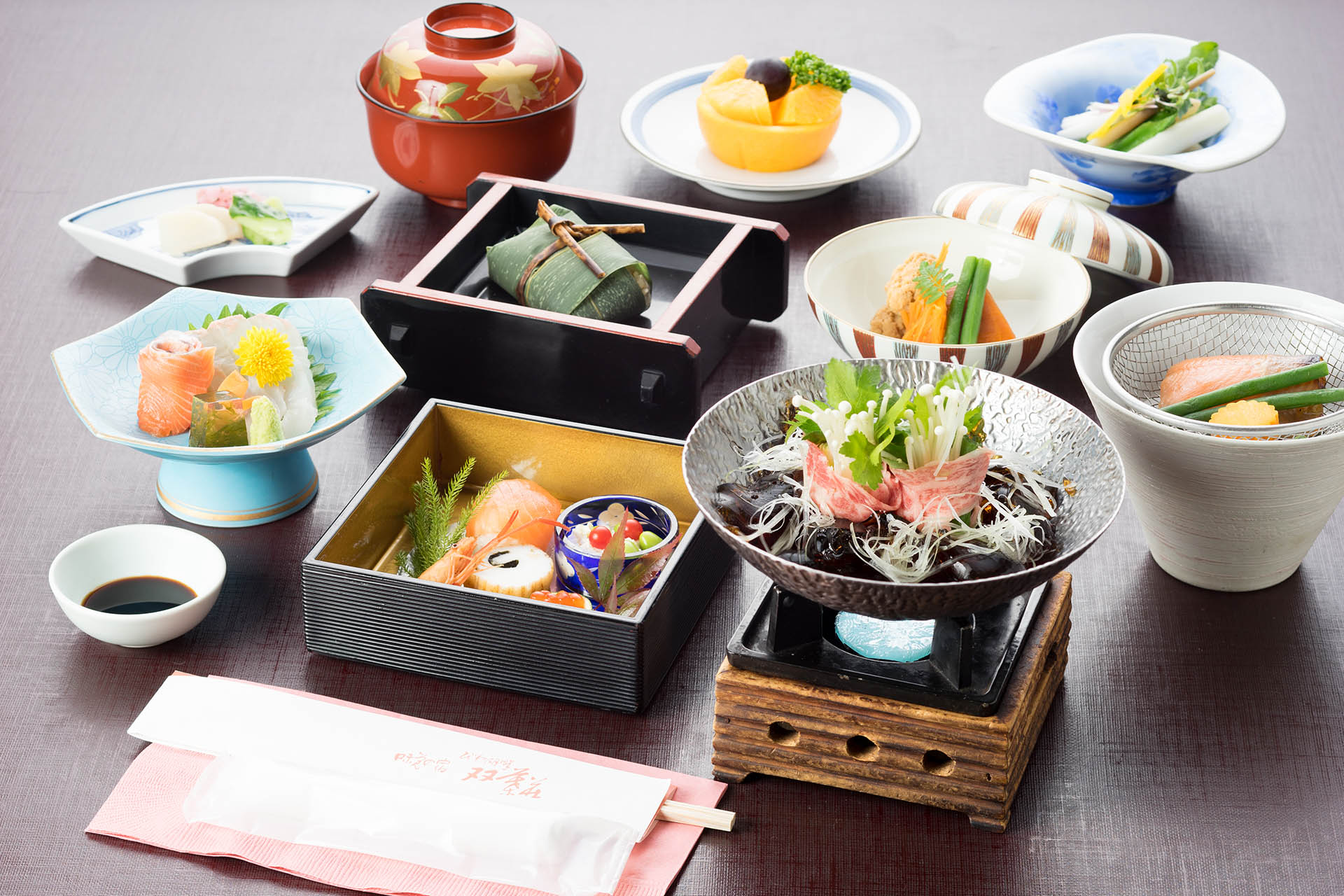