Get into a different bag in the old pleasure quarter

A typical walking tour of Hikone takes you from the station to the castle, then along Castle Road with its recently rebuilt Edo-style shops, through the mock-Taishō period Yonbanchō Square, to Ginzachō with its genuine Shōwa period arcade. At the end of the arcade, you enter Hanashōbu Street with its unmistakably old buildings, and if you take one of the alleys off to the right towards the Seri River, you’ll find yourself in Fukuromachi.

Fukuromachi is the old ‘licensed quarter’ of the castle town, where prostitutes and entertainers were allowed by the feudal government to ply their trade. These quarters were a feature of every castle town in Japan, allowing the otherwise rigidly controlled samurai to let off steam and relax a bit.

I visited Fukuromachi to talk to the proprietors of a couple of very different venues in the quarter. First I met Matsubara Tomiko who runs a selection of establishments in Fukuromachi including Club Hama, a hostess bar for members, Snack Kuro, a public bar, and the Sushimatsu restaurant. Out of hours, she was in her casual attire, but later in the evening, she would have been fully encased in smart kimono. We took one of the box seats in the huge sitting room of her club, among potted orchids that she received for her last birthday. There’s a piano and drum kit, and a projector. The furnishings and décor are of the highest quality and good taste.

“‘Fukuromachi’ – ‘Bag town’, is a rather weird name. What’s its origin?”
“‘Fukuromachi isn’t its official name. It’s the old name of the area. This area is like a maze of cul-de-sacs, so it’s like a bag. In the old days, it was a licensed prostitution quarter. In modern times, the official name ‘Fukuromachi’ was abolished. When children went to school, it was considered insensitive if they were known as ‘kids from Fukuromachi’. But I think it’s a shame that the old name was phased out. When I was a child, this was still a red-light district. But the government decided to shut down all the brothels.”
“What sort of customers visit your establishment?”
“The first floor is a club, and our members are mostly the owners of companies in Hikone and hereabouts. The second floor is a bar that’s open to everyone. On the first floor we have a dress code, but in the second-floor bar, anything goes – work clothes, shorts and so on.”

At this point I was imagining a sort of linoleum and Formica setup, but when Matsubara-san took me upstairs to the second-floor establishment I was surprised to find a space whose elegance rivals the club below. Its décor features a bamboo theme, and there are beautiful carved transoms taken from the traditional building that used to stand on this site. In the upstairs bar you can enjoy beer, sake, wine and cocktails with various snack foods like fried chicken and chips, cheese, and sliced tomato. You can also order sushi from the nearby Sushimatsu restaurant.

“Do you serve local sake here?”
“Yes, we have a wide selection. Although our club members tend to drink wine, whiskey, and brandy, I really like sake. Customers at Sushimatsu tend to drink nihonshu.”
“Do you have a particular favourite brand of sake?”
“There are so many good local brands to choose from, so I like drinking a variety of types. At the moment, I’m enjoying the freshly pressed nigorizake of springtime. It’s slightly cloudy. It’s quite strong, but it’s delicious.”
“I haven’t had any nigorizake from Shiga yet.”
“Oh dear! We’ll have to fix that! Nigorizake isn’t one of your fancy modern types. It’s made using the simple old methods. You can enjoy sake as it used to taste in the old days.”
“Do you also serve warm sake.”
“Oh yes! I love it in winter.”

The conversation turned to the old days when everyone drank sake.
“I used to enjoy exchanging glasses with my guests. That’s how we used to drink socially in the days before everyone became bothered by ‘hygiene’.”
Matsubara-san showed me a selection of the beautifully decorated ceramic bowls used for washing glasses between exchanges. She demonstrated how the glass is pressed against the bottom of the bowl and pulled up sharply, drawing water rapidly up into the glass.

According to Matsubara-san, there were two hundred geiko in the area, and four hundred prostitutes. So it was a very lively place.
“When I was a child, men would come into the area and they’d pick a girl they fancied, then they’d go and watch a film, or see the fireflies in summer, or play scoop-the-goldfish. Often, they’d invite me to join them. Then they’d have dinner together. It was actually very sociable.

Fukuromachi never slept. It was always as bright as day, but once you stepped out of the quarter it was pitch black at night and you needed a torch. Then about thirty-eight years ago, the Ginza shopping street was built, and people came from all over Japan in buses to see it. After that, Fukuromachi has been in decline, but the Fukuromachi Proprietors Association is working to restore the area’s popularity.”

One of these efforts includes the installation of lanterns featuring a beguiling and conspiratorial-looking lady in a kimono, on premises owned by Association members. The lanterns proclaim that the area is ‘safe’, which is another way of saying that there are no longer prostitutes here. The lady on the lantern is Murayama Taka, also known as Takajo. Born in nearby Taga, she became a geisha in Kyōto. She was the lover of Ii Naosuke, and she’s said to have taught the shamisen in Fukuromachi.

The quarter is a fascinating mix of architectural styles and frontages, many of which have been redone numerous times. Elegant geisha houses with red latticework fronts stand next to hole-in-the-wall snack bars. Later in the evening when things in the quarter were getting into stride, I met bar owner Toda Moritake, alias Kenny, who owns Tavern Takazono, an American-style bar. The side of his building has a big mural of Louis Armstrong blowing his horn, but the entrance is very small, and perhaps a little intimidating to first-time visitors. Toda-san, who wears distinctively American clothing and who has some of the atmosphere of Mr. Miyagi from The Karate Kid, is concerned about how to make the area more accessible to foreign visitors. The traditional seating charge of these unique Japanese entertainment districts isn’t something that can be easily done away with, but the challenge is how to make it acceptable to foreign guests.

“Kenny” explains that the cover charge includes a small dish of food, the right to sit at your stool without interruption all night, and a certain amount of entertainment, whether a pleasant chat with the owner or a hostess, or live music and impromptu dancing. The people who frequent Fukuromachi aren’t shy, retiring types. When someone plonks themselves down next to you, you can expect to be drawn into their circle with minimal formalities. Conversation flows, somehow or other. Kenny himself is talented at several instruments, and after a few cocktails or pints of Guinness, somehow it seems easy to get up and dance when he starts drumming to something evocative from the 1980s. He knows the classics of America, Europe, and Japan, going back forty years or more.

Besides the bars, there are restaurants offering Japanese and foreign cuisine, so you can dine most enjoyably in Fukuromachi before the night heats up. Whichever bag you end up in, a visit to toujours gai Fukuromachi is sure to become a cherished memory. 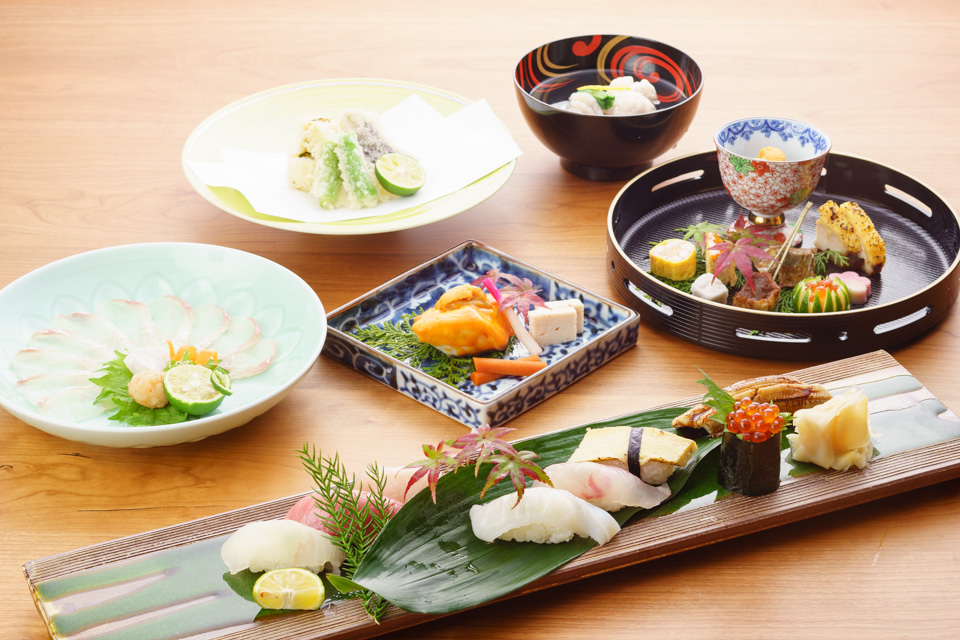