Preserving and expanding the applications of Ōmi’s tried and tested textiles.

The development of linen fabric

The Ōmi region has long been a centre for textile production using locally grown fibre plants. For centuries, these were hemp and ramie.

As a fast growing and hardy plant, hemp is an ideal fibre for textiles, but unfortunately, due to American hysteria against cannabis, its production was largely banned after WWII. However, it can still be grown in limited quantities. It’s also required for garments worn in Shintō ritual, including rites performed the Emperor.

The fibre of ramie is harder to extract than hemp, and textile made from ramie is rather brittle, so it’s better mixed with other fibres. Nevertheless, it’s still a valuable material as a traditional textile fibre.

These fibre plants are given the generic name ‘asa’ in Japanese, which is generally translated as ‘linen’. European linen became popular from the middle of the Meiji period, and today it’s the mainstay of production of linen fabric in Japan.

The natural environment of the Ōmi and Kotō region, with its humid climate and abundant spring water that feeds into Lake Biwa, has supported the development of linen fabrics. In addition, the Shintō religion which still thrives today in the many shrines of Ōmi has helped to maintain this traditional industry.

From Takamiya cloth to Ōmi jōfu

The Kotō region of Shiga Prefecture has been known for its hemp fabric since the Muromachi period. In particular, during the Edo period, it became established as a production centre for high-quality hemp fabric called Takamiya cloth. The Takamiya post town on the Nakasendō road became a key marketplace for high quality linen produced in the Kotō region, and the Hikone clan gave its protection to Takamiya cloth and made gifts of it to the Shōgun’s family. From the Meiji era, the industrial structure of linen production changed drastically, and the production base moved to today’s Aishō and Higashiōmi. Modernisation brought technological innovation and the establishment of a production organization, and the area continued to develop as a production area of linen fabric.

In 1977, the types of cloth known as kasuri and kibira were designated as national traditional crafts under the name Ōmi jōfu. Officially they became Traditional Crafts Designated by the Minister of Economy, Trade and Industry with approval number R1-092. Ōmi jōfu with a certificate stamped with this mark is a traditional craft that has passed the prescribed inspection.

Ōmi jōfu as a living tradition

Finishing involves cleaning the woven fabric and adjusting its texture so that the fabric matches the final product. There are “flat” and “shrink” finishes. In Ōmi, there’s a finishing factory with advanced finishing skills and solid experience that can handle the production of all kinds of fine linen. It can finish the cloth to meet the customer’s requirements for quality, texture, and look. The cleanness of the finish also enhances the ease of sewing and greatly affects the quality of the final product.

Passing on the tradition to the next generation

Using the workshop of the Craft Centre, we’re working to foster weavers who will inherit the traditional techniques of Ōmi jōfu. This training system has been devised to provide flexible support for people who want to learn more deeply through experience and workshops.

Communicating and protecting the tradition

Ōmi no Asa was established as a regional brand that incorporates new technology while protecting the benefits of tradition, with higher quality design and sensibility. The softness and feel of not only the traditional Japanese ramie, but also European linen, fits the sensibility of modern people. It’s used for clothes, sundries, interior decoration, bedding, and so on.

Ōmi no Asa is dyed and woven almost entirely by machine. There is no rule on dyeing techniques for Ōmi no Asa, but fabrics woven from traditional pre-dyed yarn are less prone to discolouration and have a gentle and comforting appearance.

Similar to Ōmi no Asa, Ōmi Chijimi is a new local brand. The creasing process that makes linen cool to the touch is now being mechanized. However, in the past, the fabric was crumpled and shrunk by hand using a special grooved board. Hand creasing is very labour-intensive and mass production is difficult, but it’s easy for the craftsman to pay attention to the details of the cloth because the texture is applied entirely by hand. Although there are few hand-finished linen fabrics, this is a technology that is maintained today.

Through Ōmi no Asa and Ōmi Chijimi the fact that many people know hemp fabrics and use them on a daily basis leads to the preservation of the traditional craft of Ōmi jōfu.

Abiko in Aishō is a vast area of rice fields traversed by a grid of farm roads. At regular intervals are little hamlets, each with its own fairly elaborate Buddhist temple. Many of the houses in these

Deep in the heart of Shiga in a small town called Aisho-cho, the art of traditional weaving techniques is being masterfully preserved by the Ōmi-Jofu Traditional Crafts Center. It is here where I woul

Fujii Honke is a long-established sake brewer and seller located in Aisho, Echi-gun, Shiga Prefecture. Aside from it’s delicious sake, the brewery is particularly notable for its massive architecture

Kongōrin-ji is a temple of the Tendai sect of Buddhism located in Aishō-chō. It’s one of the Kotō Sanzan, the three major temples east of Lake Biwa, along with Hyakusai-ji Temple and Saimyō-ji Temple. 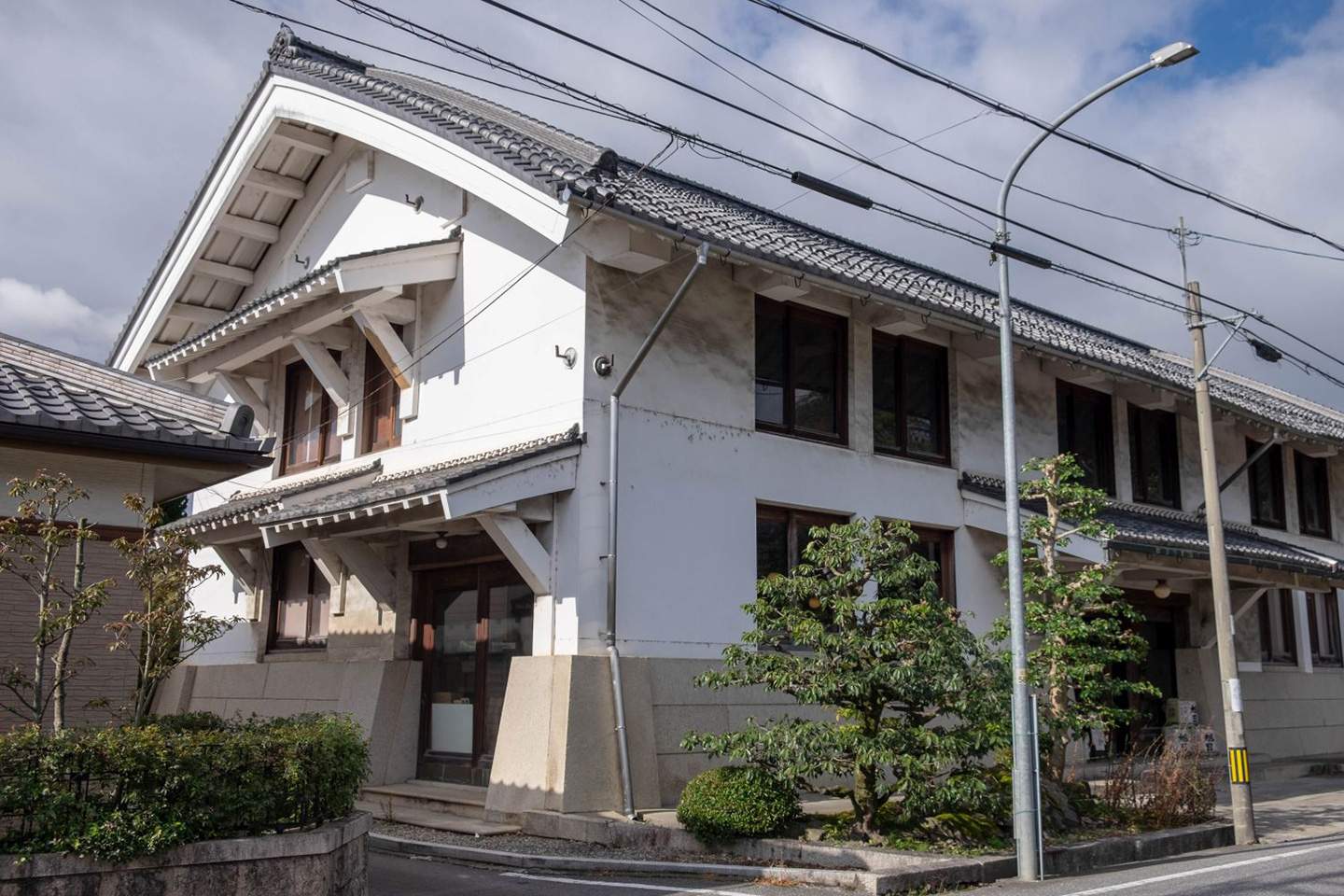