One of the Kotō Sanzan temples, it’s known for its dramatic autumn colours.

The extent of this temple complex isn’t visible from the road, although the large car parks hint at its size. After passing through the first gate, there’s a booth where you pay the 600 yen entrance fee. Here you can pick up a bamboo walking stick to help you up the slopes ahead. A long, straight path leads up through a series of terraces planted with ancient trees and bordered with mossy walls.

When you reach the main complex, you can choose to go straight up the last flight of steps and through the main gate or take a detour to the left through several attractive gardens. The second garden has a small pond, suggestive of the lake in the origin legend of the temple.

The Niō guardians in the main gate are particularly big, flamboyant, and expressive examples. Passing through the gate, you’re faced by the main hall, with a three-storey pagoda towards the right.

The main hall is a relatively subdued building, but the statuary within is spectacular. The hall is divided into two halves, with statuary in both. The rear section is only open to the public twice a year.

In the public section are two large paintings in an engaging, manga-like style, featuring two of the most important battles in ancient Japanese history, Dan-no-ura in 1185 and Sekigahara in 1600. These images have an interesting story. One of the two main belligerents at Sekigahara was Ishida Mitsunari, a son of Ōmi. He lost the battle and was executed, after which he was treated as a non-person. However, a number of calamities occurred which were attributed to his vexatious spirit. So it was decided to enshrine an image of his last battle in the temple to placate him. However, since images of Mitsunari were inherently subversive at the time, a painting of the much earlier battle of Dan-no-ura was enshrined at the same time, and the dedication of this latter image was reported to the authorities.

The Sekigahara painting compacts the battle and its aftermath into a single image. It shows Mitsunari at the site of the battle sitting on a tiger skin. Other vignettes, separated by clouds and smoke show a messenger from Tokugawa Ieyasu announcing Mitsunari’s defeat in front of Mitsunari’s stronghold, Sawayama Castle, promising mercy if Mitsunari’s family surrender. Inside Sawayama Castle, Mitsunari’s father debates whether to surrender, observed by a spy, while a hot-head urges resistance. Meanwhile, Ieyasu’s vassals take matters into their own hands and attack the castle. Ultimately, Mitsunari’s family committed suicide and the castle was dismantled, its stones being used for Hikone Castle which survives today.

Equally interesting, the painting of the sea battle of Dan-no-ura shows the ultimate defeat of the Taira by the Minamoto faction. The Taira had taken control of the child emperor Antoku, and when they lost the battle, his grandmother grasped Antoku and jumped into the sea, drowning both of them. Showing the death of an emperor was considered lèse majesté in the Meiji period and this part of the image was obliterated, leaving the wood showing through.

Saimyō-ji Temple is located east of Lake Biwa, on the west flank of the Suzuka Mountains. According to the traditions of the temple, it was founded by the priest Sanshū in the early Heian period. Sanshū is a semi-legendary person, said to be the founder of Mt. Ibuki as a sacred mountain of Shugendō.

According to oral tradition, when Sanshū was on the west side of Lake Biwa he saw purple clouds hovering over the mountain opposite the lake and wondered what it was. So he jumped over Lake Biwa at one bound using his magic powers and came to a pond at the site of today’s Saimyō-ji Temple. A purple light emerged from the pond. When Sanshū prayed there, Yakushi Nyorai, Buddha of healing appeared. Sanshū carved a statue of the deity and founded a temple there. The name of the temple means “light to the west”. It has another name, Ike-ji meaning “temple of the lake”. In 836, Emperor Ninmyō ordered that a proper temple be built there. Land was donated, and various temple buildings were established.

There are no historical documents to prove that it was built in 836, but the existing main hall and three-storied pagoda are consistent with buildings of the Kamakura period, and they appear to have been buildings of considerable size for their time.

The temple grew to control lands worth two-thousand koku of rice, with seventeen buildings and three hundred monks. During the Warring States period, Oda Nobunaga, who had burnt down Enryaku-ji Temple on Mt. Hiei in 1571, also gave the order to burn the Tendai temples in Ōmi that were subsidiary to Mt. Hiei. Saimyō-ji Temple was meant to be destroyed by Nobunaga’s vassals, Niwa Nagahide and Kawajiri Hidetaka. However, alerted to the danger, the monks set fire to the kitchen between the temple gate and the main buildings, making it appear that the temple itself had been consumed by fire. Thus the main hall and pagoda further up the mountain were saved.

Although Saimyō-ji was significantly destroyed during the Warring States period, in the Edo period, the priests Tenkai and Kōkai, and nobleman Mochizuki Yūkan revived it. With the protection of the Tokugawa shogunate, it was gradually restored.

A site of great natural and historic interest

Saimyō-ji is known as one of the most spectacular places for autumn colours in the region. But its mossy, leafy precincts are beautiful in every season. All of the three Kotō Sanzan temples, and nearby Taga Shrine, are rewarding places to visit. The Buddhist statuary and the historic images make this temple a must for anyone interested in the Japanese Buddhist tradition and the history of western Japan.

Hyakusai-ji is a temple of the Tendai sect of Buddhism. It’s one of the Kotō Sanzan, the three major temples east of Lake Biwa, along with Kongōrin-ji Temple and Saimyō-ji Temple. The principal image

Kongōrin-ji is a temple of the Tendai sect of Buddhism located in Aishō-chō. It’s one of the Kotō Sanzan, the three major temples east of Lake Biwa, along with Hyakusai-ji Temple and Saimyō-ji Temple. 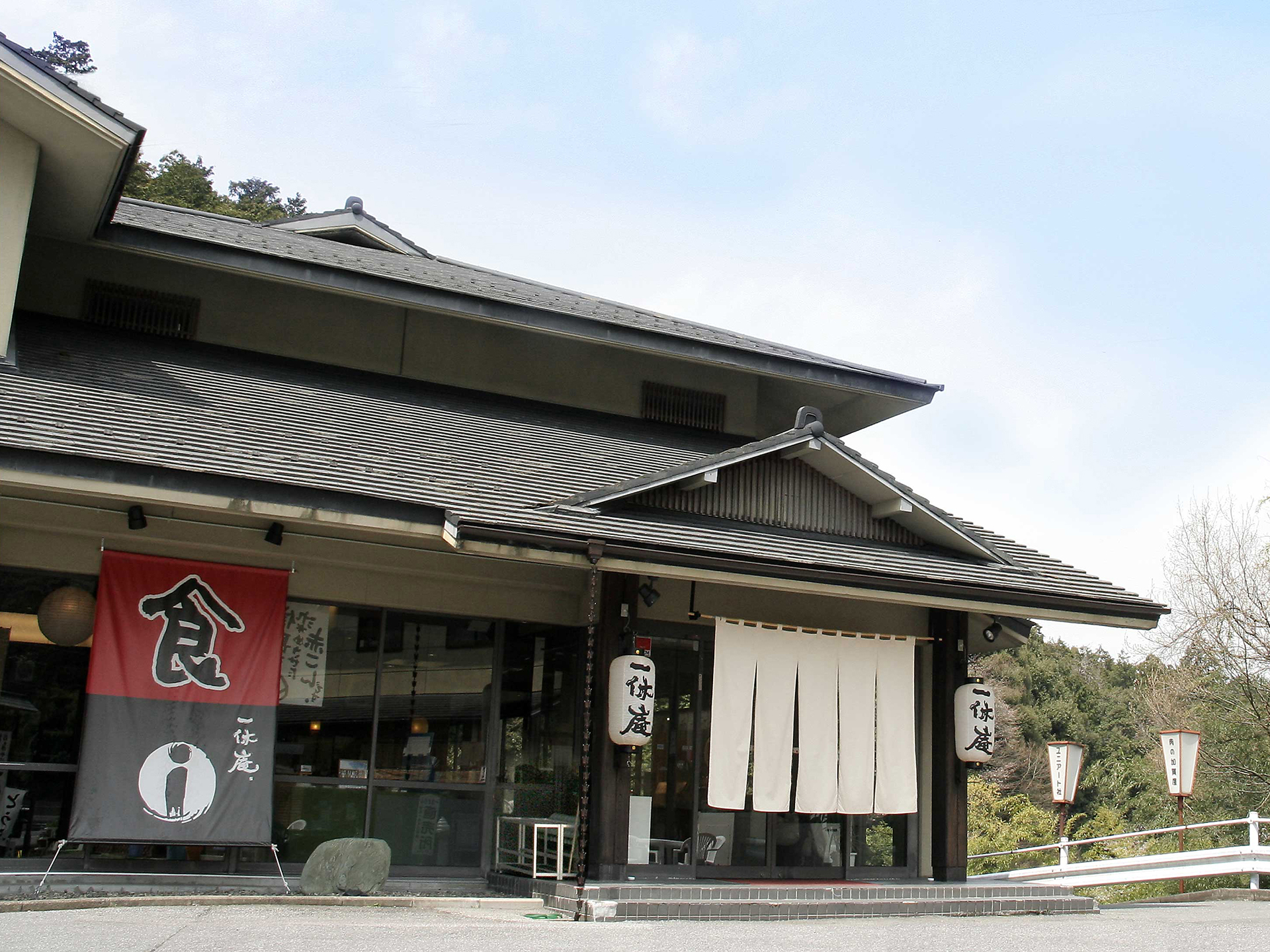