To the east of Hikone Castle is a prominent, humpbacked mountain that’s visible from many places in Hikone. Although it’s wooded all over, it looks as though it would be a good place to site a castle. In fact, Mt. Sawa, or Sawayama, was in fact the site of a castle for centuries.

Sawayama is a nice place for a short mountain hike. The path starts at Ryōtan-ji Temple where you can see a statue of Ishida Mitsunari, the last lord of the castle. Beside the mossy temple path is warning in Japanese about the monkeys who inhabit the mountain today. The path goes up steeply past ancient graves and doglegs up the northern shoulder of the mountain. Apart from a few cryptic traces of fortifications, there are almost no traces of a castle at all. The top is flat with benches, and views over Hikone Castle, Lake Biwa and Mt. Ibuki. There’s also Buddha statue and some information signs. You can enjoy the birdsong as you gaze out over the expansive scene.

Although it’s an easy climb today, it would have been formidable in its time as a castle. The history of Sawayama Castle began in the Kamakura period, with a fort built by the son of the military commissioner of Ōmi from 1190 to 1198. During the Warring States period, the power of local clans waxed and waned, with the castle changing hands accordingly. It was gradually integrated into a system of regional fortifications.

In 1571, the castle fell under the authority of Oda Nobunaga, the regional warlord and first unifier of Japan. When Nobunaga was killed in an insurrection by Akechi Mitsuhide in 1582, Sawayama Castle was given to Hori Hidemasa, who was responsible for defeating Mitsuhide. After that, the castle remained under the authority of the Toyotomi clan which supplanted the Oda. After several changes of ownership, the up and coming Ishida Mitsunari was officially appointed to Sawayama Castle in 1591 and received four counties in northern Ōmi Province.

Mitsunari made major renovations to Sawayama Castle, which was in a ruinous state at the time, building a modern castle with a five-storey keep towering high on the summit. Sawayama Castle was a castle of such repute that it was said that there were only two things superior to Mitsunari, the samurai Shima Sakon and Sawayama Castle. However, Mitsunari often stayed at Fushimi Castle near Kyōto in order to fulfil the role of magistrate, and his father was the one who was actually entrusted with the castle. In keeping with Mitsunari’s ethos, the construction inside the castle was reportedly extremely modest, with the walls of the living spaces covered with simple boards or left rough cast. The trees in the garden were of a common type, and the water basin was made of poor stone. People who saw the inside of the castle were surprised at its lack of ostentation.

As a typical mountaintop castle, it had a main enclosure and keep at the top of the mountain with three subsidiary enclosures. There were two further enclosures on the adjacent ridge. There were two locations with samurai residences adjacent to the Tōsandō road, divided by an inner moat. As peripheral defences there was a castle town at the base of the hill and an outer moat. There was also a castle town at the entrance on the shore of Lake Biwa.

After the Battle of Sekigahara in 1600 in which Tokugawa Ieyasu defeated Mitsunari, Ieyasu’s vassals attacked Sawayama Castle led by Hideaki Kobayakawa. Most of the castle’s troops were at the battle of Sekigahara, and only 2,800 soldiers remained to defend the castle. Despite the absence of the lord of the castle, the defenders fought well. Eventually, some soldiers, including Hasegawa Moritomo switched sides and opened the castle to the enemy and the castle fell. The Ishida family, including Mitsunari’s father, brother, and wife all died, either fighting or by suicide. Although Sawayama Castle was said to have been set on fire, there was no trace of burning observed on tiles found at the site, and the fact that Ii Naomasa occupied the castle the year after it fell suggests that it was in good condition. A minister of Ieyasu wrote that the fallen Sawayama Castle contained little gold and silver, and that Mitsunari had very little financial reserves.

After the annihilation of the Ishida clan, Ii Naomasa, one of the Four Heavenly Guardians of the Tokugawa clan, was sent to subdue the area. The Ii clan occupied the castle initially but wishing to wipe out all trace of the Ishida and establish themselves as the legitimate lords of Hikone, they resolved to build their own castle. But Naomasa died in 1602 due to the wounds he received at the battle of Sekigahara, so his heir, Naotsugu, took over the plan. Sawayama Castle was dismantled completely, scraping off the top of the mountain down to about fifteen metres to remove nearly all trace of the keep, exposing the bedrock. Hikone Castle was built using materials from the castles originally at Sawayama, Ōtsu, Odani, and Kanon-ji. The keep of Hikone Castle was completed in 1606, and the castle town of Hikone was completed by 1622.

All that remains of the once-magnificent Sawayama Castle are the slightest remains of walls, earthwork enclosures, foundations and wells. There are some Buddhist carvings said to belong to the Ishida family, and relics are still sometimes unearthed at the site.

Ryōtan-ji Temple is one of several interesting Buddhist temples at the foot of Mt. Sawa on the eastern side of Hikone, close to the Biwako railway line. The temple is invisible from the road and th 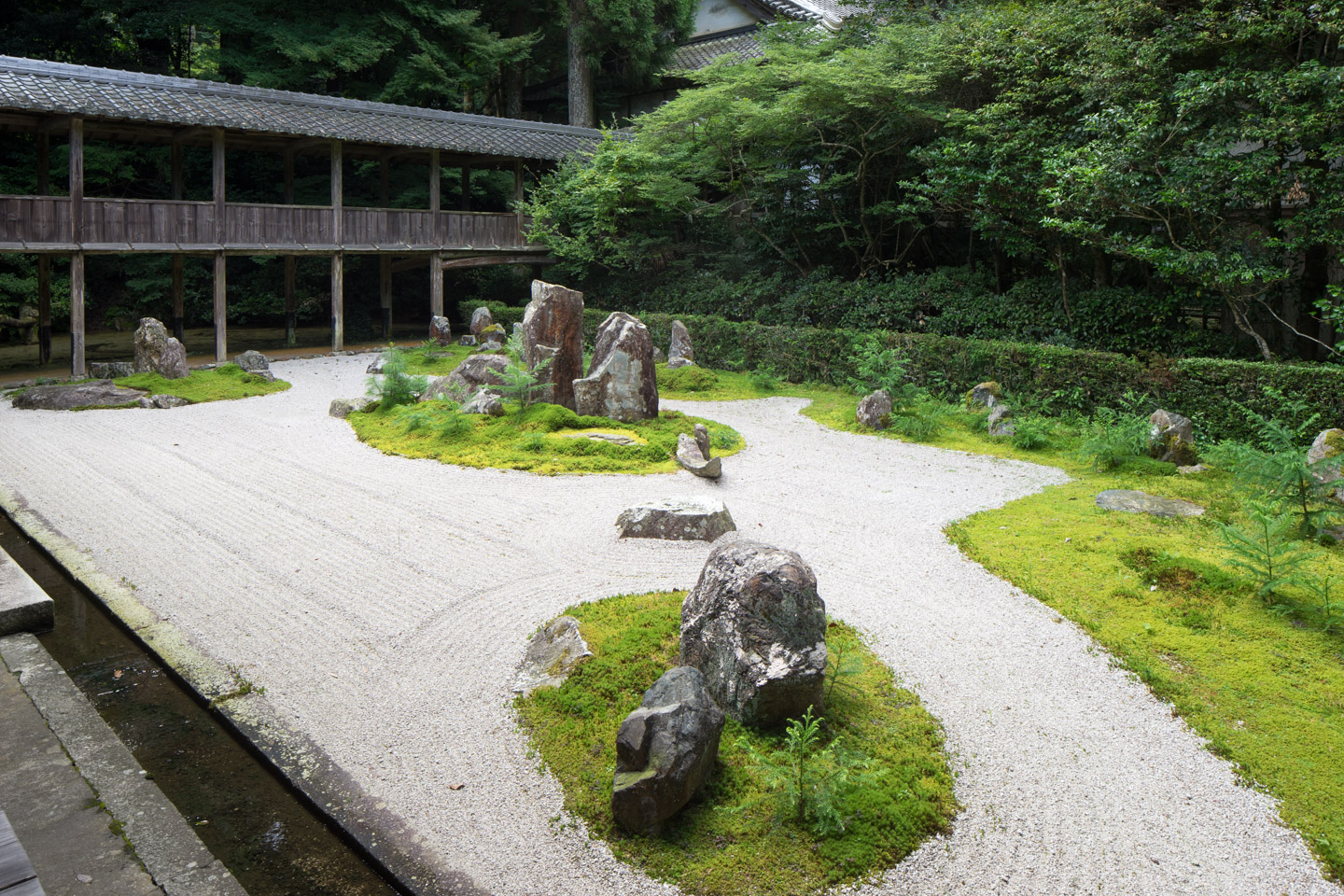 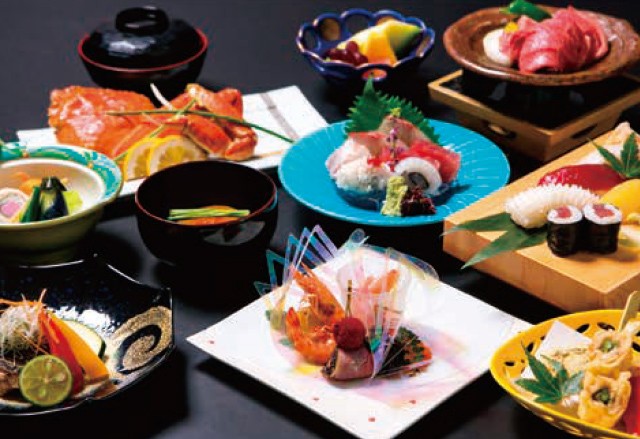